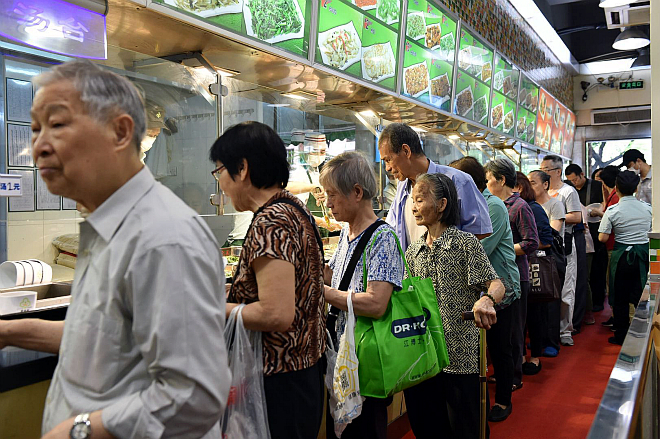 Seniors line up to buy lunch at a canteen in Guangzhou's Tianhe District. Photo by Deng Hua

Liu Zongyan, 88, walks to have lunch with his fellow senior citizens in a nearby canteen a few minutes from his home, where they are served lunch by volunteers.

"My son and daughter-in-law are both doctors and are always busy. They worry that I may forget to switch off the gas when cooking," Liu said. "They are relieved because the canteen serves healthy food and the volunteers are friendly."

The canteen in Liurong Street in Guangzhou, capital of south China's Guangdong Province, is one of 952 canteens for the elderly in the city, covering many streets and communities. 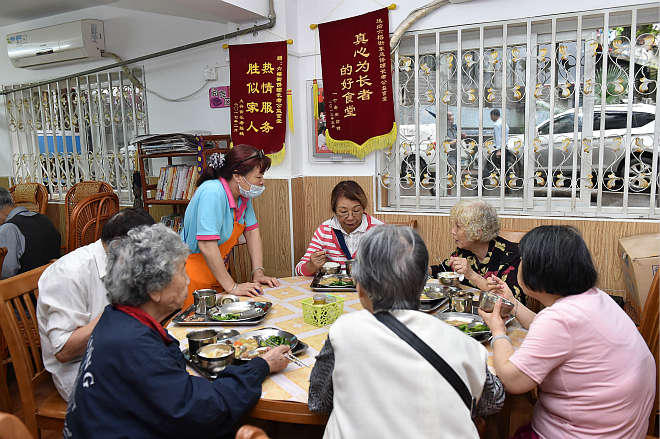 A volunteer asks seniors for their ideas about meals at a canteen on Guangzhou's Liurong Street. Photo by Liang Xu

Guangzhou, with 1.61 million registered elderly residents, epitomizes China's aging society. China has 241 million people aged 60 or above, accounting for 17.3 percent of the total population, according to the Office of the National Working Commission on Aging.

According to a survey of 1,020 senior citizens in Guangzhou, difficulty with lunch is their biggest problem. 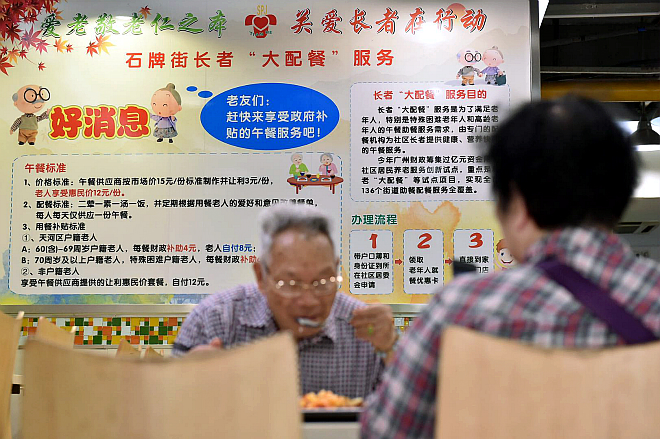 Seniors have lunch at a canteen in Guangzhou's Tianhe District. Photo by Liang Xu

Liu said he has enjoyed lunch at the canteen ever since it was established almost five years ago.

The canteen now receives up to 300 orders a day and caters to a wide range of dietary preferences for the seniors, who account for nearly 20 percent of the community's population.

"The meals are specially made for the elderly. Our main cooking methods are steaming and stewing, and we use little oil and salt, making the food healthier and easier to chew," said Zou Yuehong, who is in charge of the canteen. 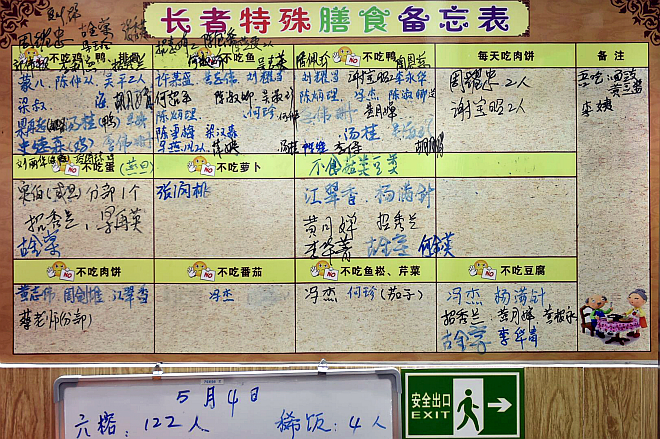 Seniors leave their choices of dietary preferences on a board in a canteen on Guangzhou's Liurong Street. Photo by Liang Xu

The canteens are especially helpful to seniors who are widowed, disabled or live alone, according to Wang Fujun, director of the city's social organization administration.

The Guangzhou government said in 2016 that such convenient catering services would be provided for senior citizens.

The meals are partly funded by government subsidies, and donations. Suppliers of the canteens also take less profits. Therefore, a senior citizen only needs to pay at most 9 yuan (1.35 U.S. dollars) for a meal that costs 15. 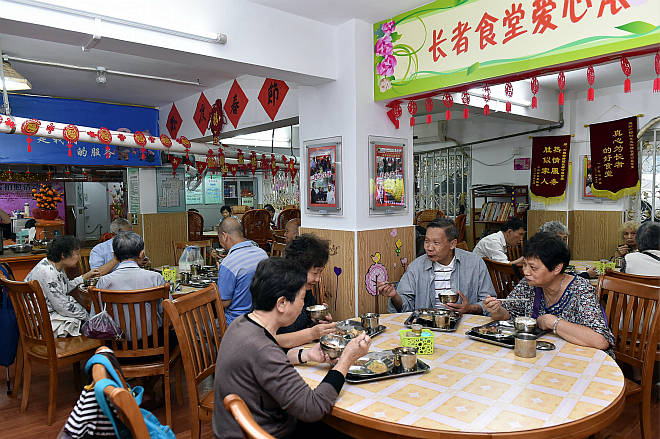 Seniors gather in groups to chat while having lunch at a canteen on Guangzhou's Liurong Street. Photo by Liang Xu

The canteens not only fill empty stomachs but also empty hearts. Various activities are held at the canteens to provide them with opportunities to communicate and form friendships.

"I feel lonely at home," said Liu, who has been widowed for over 10 years. "But at the canteen, I have friends."