The airport is expected to reach a throughput of 45 million passengers. The 12.1-billion-U.S.-dollar mega project once again proves that China's transport infrastructure is ahead of the world. 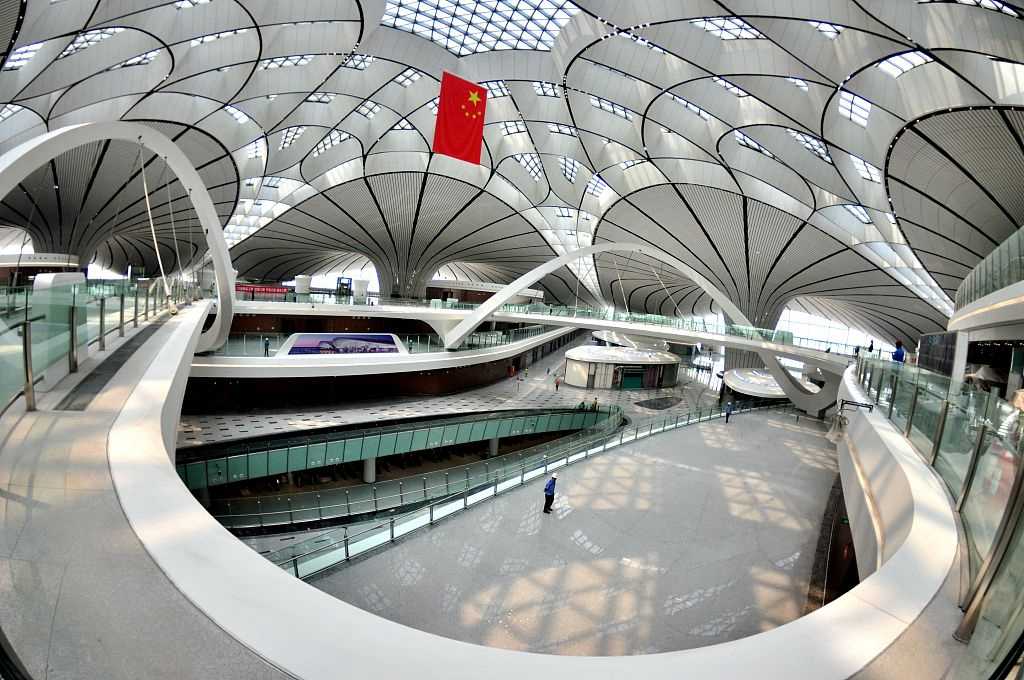 Over the past four decades, infrastructure in China has developed by leaps and bounds.

"In China, there is a very interesting saying: If you want to be rich, you have to build roads," said Su Yunsheng, executive vice president of the Shanghai International Institute of Design & Innovation.

China's integrated transport networks facilitate the passage of goods and the movement of trade, which has boosted the country's miraculous economic growth.

In 2018, at least 130 million express parcels traveled along China’s transport network every day. The annual number of the express deliveries of physical goods reached 50.7 billion, generating over one trillion U.S. dollars in retail income.

By the end of August 2018, Trans-Eurasia Logistics, which connects 44 cities in 15 European countries and China, had 65 routes that carry over 11,000 trains transporting 920,000 containers of goods.

Supported by its powerful transport infrastructure, China joins hands with the Belt-and-Road countries for greater development and growth.

In Guizhou, the only Chinese province without a plain, over 20,000 bridges connect traffic in the mountains. In Guizhou, 8,172 kilometers of rural roads were built or renovated in 2018.

Enhanced accessibility to the mountainous areas has promoted economic growth. Guizhou became the only province in a decade whose GDP grew by over threefold.

In 2018, the sales volume of China's excavators, an important gauge of transport-infrastructure development, was 19,313, among which smaller excavators for farm irrigation grew the most, by 27.5 percent.

In the future, China will continue to intensify its investment in different development projects. In general, investment in infrastructure development will increase by 10 percent in 2019, a key force that continues to drive the economic growth.

Copyright © 2020 chinastory.cn All rights reserved About us