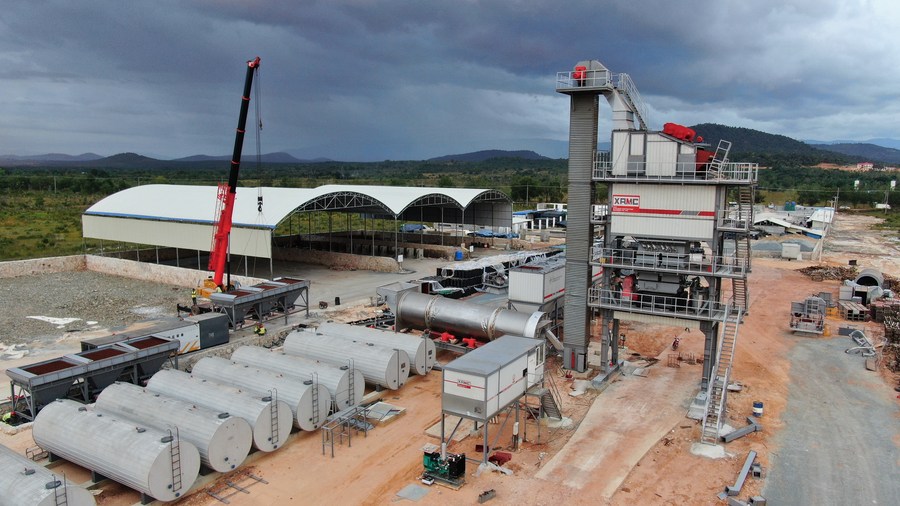 Aerial photo taken on Dec. 2, 2020 shows an asphalt mixing station at the construction site of the first expressway in Cambodia in Koh Kong Province, Cambodia. (Photo by Li Zhen/Xinhua)

"Generally speaking, the BRI has provided tremendous opportunities and benefits to all participating countries around the world, helping to boost regional and global economies during and after the pandemic," said Vasim Sorya, undersecretary of state and spokesman for the Ministry of Public Works and Transport. "This initiative, in my view, is importantly contributing to building a community of shared future for mankind."

"These projects have provided and will continue to provide a lot of tangible benefits to the economy and people of Cambodia," Vasim Sorya, undersecretary of state and spokesman for the Ministry of Public Works and Transport, told Xinhua.

"The BRI projects here are sincere with no strings attached, and their aim is to help boost our socio-economic development and improve our people's livelihoods," he said.

Despite the impact of the COVID-19 pandemic, all BRI projects in the kingdom have made headway steadily, Sorya said, giving an example of the construction work on the 2-billion-U.S. dollar Phnom Penh-Sihanoukville Expressway. 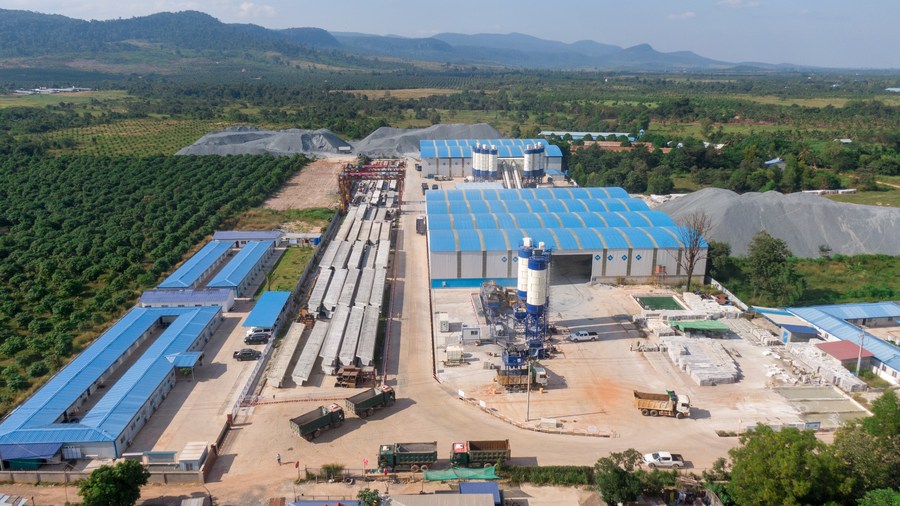 Aerial photo taken on Nov. 15, 2020 shows a concrete mixing plant at the construction site of the first expressway in Cambodia in Kampong Speu Province, Cambodia. (Photo by Li Zhen/Xinhua)

Begun in 2019, the project is expected to be fully finished on schedule this year, he said, adding that it has generated more than 3,000 jobs for Cambodians during the construction.

"The 190-km expressway is the largest project under the BRI in Cambodia, and it will add a new impetus to Cambodia's economic development since it links the capital Phnom Penh with the international deep-water seaport in Sihanoukville," he said.

The BRI, a reference to the Silk Road Economic Belt and the 21st Century Maritime Silk Road, was initiated by China in 2013 to build trade and infrastructure networks connecting Asia with Europe and Africa on and beyond the ancient Silk Road trade routes.

Sorya said that all BRI projects have been built in an environment friendly manner. Since its inception in 2013, the BRI has significantly boosted regional and global cooperation in terms of hard and soft infrastructures, economy, trades, investment opportunities, cultural exchange, and people to people connectivity, he said.

"Generally speaking, the BRI has provided tremendous opportunities and benefits to all participating countries around the world, helping to boost regional and global economies during and after the pandemic," Sorya said. "This initiative, in my view, is importantly contributing to building a community of shared future for mankind."

Ministry of Commerce's undersecretary of state and spokesman Penn Sovicheat said the Sihanoukville Special Economic Zone (SSEZ) is the a perfect example of a win-win cooperation under the BRI.

"The SSEZ has provided a lot of jobs to the workers and served as a role model for the cluster industries and as a base for exports," he told Xinhua.

According to an operator's report, the SSEZ recorded a surge of 42 percent year-on-year in the value of imports and exports, reaching 2.2 billion U.S. dollars in 2021.

For the Phnom Penh-Sihanoukville Expressway, Sovicheat said the project is crucial to reducing travel time and transportation cost, improving the logistics connectivity, and increasing the import-export activities between Cambodia and the world, especially China. 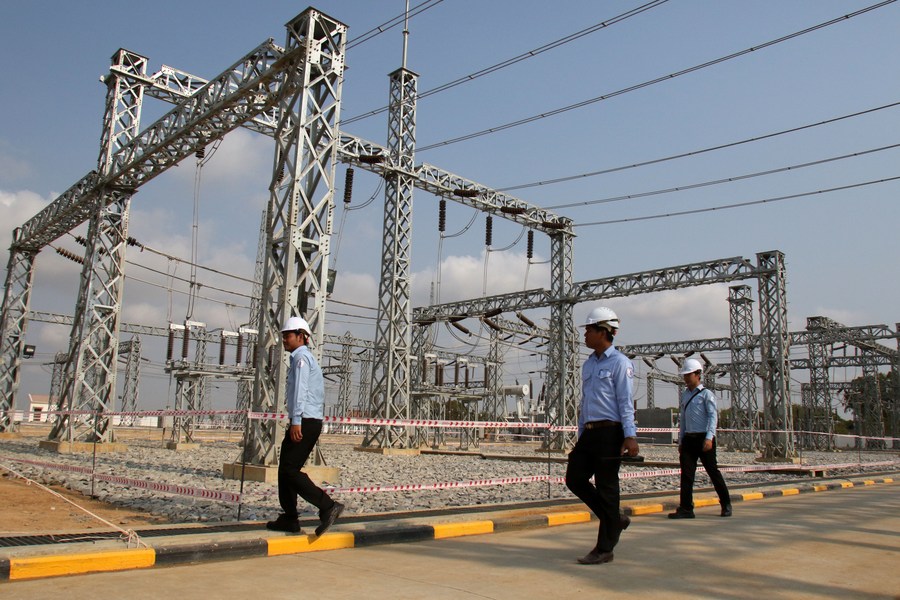 Neak Chandarith, director of the Cambodia 21st Century Maritime Silk Road Research Center, said the BRI has been greatly contributing to Cambodia's development strategies, such as the Rectangular Strategy Phase IV, the Industrial Development Policy 2015-2025, the logistic system improvement master plan, and the multipurpose special economic zones in the coastal city of Sihanoukville.

"It will help Cambodia to achieve its ambitious goal of becoming an upper-middle income country by 2030 and a high income country in 2050," he told Xinhua. "The BRI projects will be the major contributors to Cambodia's economic growth in the post-pandemic era."

Mak Chamroeun, vice president of Phnom Penh-based online market Smile Shop, said the BRI is building a connected world with peace, harmony, common development and prosperity, and for Cambodia the BRI projects have delivered many potential benefits to businesses and local residents.

"China, ranked top among foreign investors in Cambodia, has various investments in Cambodia's backboned sectors such as special economic zones, transport infrastructure, energy, agriculture, telecommunication, and tourism among others," he told Xinhua.

"All these infrastructure projects have been playing a key role not only in improving people's daily lives, but also in promoting economic growth and modernizing rural areas," he said.