Why is the US's Xinjiang bill a crushing blow for Sino-US ties? 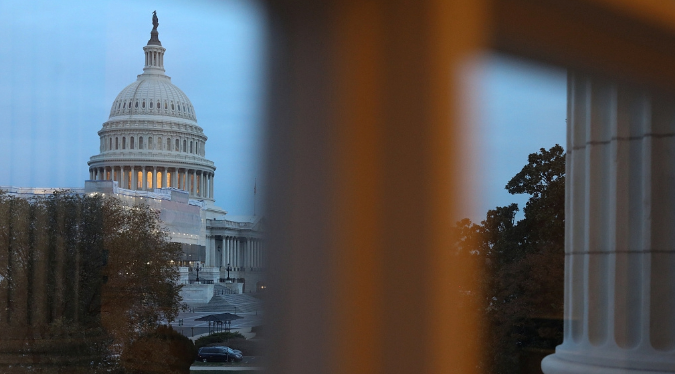 Editor's note: Luo Yanhua is a professor at the School of International Studies under Peking University in China. The article reflects the author's opinions, and not necessarily the views of CGTN.

The Congress of the United States adopted on December 3 the "Uygur Intervention and Global Humanitarian Unified Response Act of 2019" in a new severe blow to the already fragile relationship with China. The move came a few days after President Donald Trump signed the "Hong Kong Human Rights and Democracy Act of 2019."

US allegations about the human rights situation in China are nothing new, and the adoption of the new act related to the Xinjiang Uygur Autonomous Region will have a huge negative impact on bilateral ties.

When Trump was elected the US president in 2016, experts predicted Washington would dial back on its human rights accusations against China because Trump is a businessman who pays attention to actual benefits – the current trade war seems to validate that. The two fresh acts related to Hong Kong and Xinjiang have proven them wrong.

The Xinjiang-related bill exhibits obvious double standards. Terrorism is the common enemy of humanity and the target of joint efforts by the international community, especially after the September 11 attacks. Terrorist forces, by means of violence, sabotage and intimidation, pose a serious threat to world peace and security by ignoring human rights, killing innocent people, endangering public safety and creating fear and panic.

The spread of extremism is a hotbed for violence and terror, constituting a direct threat to human rights.

Xinjiang, under the combined influence of separatists, religious extremists and terrorists, is facing serious threats, which have been detrimental to the life and property of people of all local ethnic groups and have trampled on people's dignity.

Confronted with these real threats, Xinjiang has taken resolute action to fight against terrorism and extremism in accordance with the law, effectively curbing the frequent occurrences of terrorist activities and ensuring, to the maximum extent, the rights to life and development of people there.

Being the victim of terrorism, the United States has been a pioneer in anti-terrorism after the September 11 attacks in 2001, even launching wars in Afghanistan and Iraq. But when terrorism appeared in Xinjiang, the US changed its wording – those terrorists in Xinjiang became protesters, and anti-terrorist action by the Chinese government became violation of human rights. That clearly shows how the US uses its double standards.

Secondly, Xinjiang affairs, which are part of China's internal affairs, are beyond the jurisdiction of a US domestic law. It makes no sense for the US to wade into other countries' internal affairs from the dimension of international conventions.

But, the US has long considered itself the world's "guardian of human rights" believing that it stands on the high ground of international morality, is the world's model in protecting human rights, and has the responsibility to monitor and criticize the human rights situations elsewhere, and even sanction whom it considers a "violator."

Thirdly, the consequences of implementing the Act will be very serious. For example, in the section 5 "Sense of Congress" of the Act, it suggested that "the Secretary of State should consider the applicability of existing authorities, including the Global Magnitsky Act (subtitle F of Public Law 114-328), to impose targeted sanctions on members of the Government of the People's Republic of China, the Chinese Communist Party, and state security apparatus."

The Global Magnitsky Act originated from the US-Russia relationship and put sanctions on individuals and entities violating human rights in Russia. Based on its practice in the US-Russia ties, we can see it has seriously deteriorated the relationship between the two countries.

Similarly, if the Global Magnitsky Act targets China, its impact on China-US relationship will also be completely negative. It is worrying that, even before the Act was adopted by Congress, the US Department of Commerce announced that 28 Chinese enterprises and institutions, including the public security bureau of Xinjiang and its subordinate institutions were included in the export control entities on October 8, 2019.

We all have seen that President Trump's signing of the Hong Kong Human Rights and Democracy Act of 2019 has become a heavy blow to China-US bilateral ties, with China announcing retaliatory measures. We sincerely hope President Trump will think it over before deciding to sign the Xinjiang bill, as it will be a crushing blow to the China-US relationship.